Guys!! This is kind of crazy but I have another book coming out!  This book is yet another fairytale retelling, called PUPPET, and it’s a science fiction, gender bender, retelling of Pinocchio.  Whew.  I’m so incredibly excited about this book because it means so much to me.  This book was my first NaNo novel, and it’s the most fun I’ve ever had writing a book.  The release date it set to be October 24th, 2014, so please, please, please read it when it comes out! 😀  Below is the synopsis and my video announcement.

Penelope lives in a world of advanced technology but many claim society has yet to catch up. Marionettes have advanced in the form of robots; lifelike creations remote controlled to perform super human tasks.

When Penelope makes a deal with Jed, a marionette-obsessed scientist, she doesn’t fully realize what she’s getting herself into. In order for Jed to take her away from the orphanage she lives in, she must first agree to undergo his experiments and tests, ultimately creating something no one ever dreamed possible; the first living marionette.

As Jed shows off his scientific creation to the world, concerns arise surrounding Penelope’s abilities and what she’s capable of doing. Ordered to somehow lessen her abilities, Jed makes a desperate attempt to change Penelope to make her more human, more vulnerable. After Penelope lies to the officials about her past, Jed makes sure it’s the last one she’ll ever utter. The truth is now the only thing she is capable of telling.

As Penelope struggles with her past, her disturbingly new present, and her uncertain future, she is thrust into a magically twisted world of mayhem in search of the one thing she wants, but knows she can never have. The chance to be just a girl again. To be normal. To be real.

2 thoughts on “I HAVE A NEW BOOK COMING OUT!” 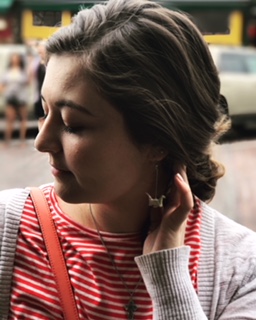